«In the light of the evolution observed in the different patients taking part in this study, both those who were not treated with the Happylegs system and those who did receive the therapy, it can be concluded that regular and ongoing use of passive exercise treatment on the lower limbs, more specifically the Happylegs system, causes an improvement in different variables in those patients who use it, without any side effects or risks involved in its use, as over the course of the study no hazardous issues were reported or observed.

The explanation for the improvement observed in the patients from the different fields under study, beyond a placebo effect, must lie in the activation of the blood circulation that the Happylegs system produces in those using it. Constant and continuous use on a daily basis and for several hours at a time will undoubtedly cause an increase in the improvement and favourable evolution of wounds.

It is in no way absurd to believe that this stimulation of circulatory activity will have a positive influence on pathologies other than those observed in more detail in our study. In fact, patient testimonials on improvements in cognitive abilities and in overall organic functionality, and even in the achievement of greater personal autonomy, presented us with the challenge of continuing our studies beyond effects on the limbs and of observing the cognitive and emotional behaviour of patients with cognitive dysfunction and early onset dementia, particularly of vascular origin.» 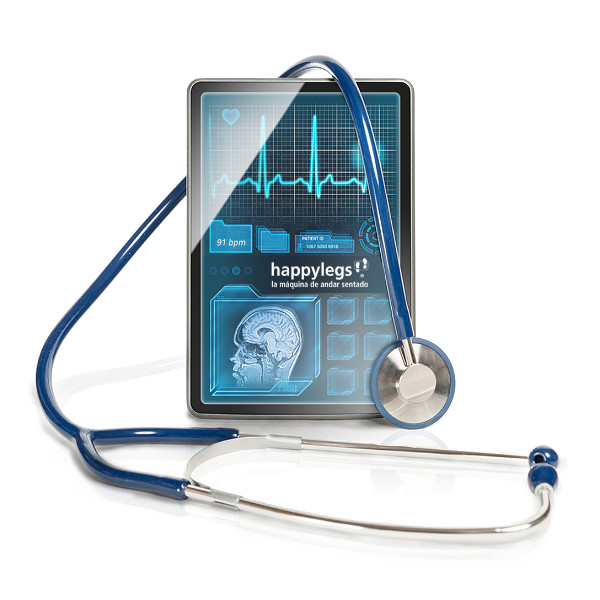 Happylegs, award winner in the the USA and the UK as the best new Health and Fitness product

In June, Gloria Gálvez Pérez, Manager of Autoergon 2002 S.L., joined the Spanish Inventors Club in attending INPEX, the most important Invention Fair in America, held in Pittsburgh, Pennsylvania. At the event Happylegs received the Special Award from the International Jury as the best foreign invention in the Health & Fitness Category. This Award was achieved thanks to the originality of Happylegs and its effectiveness; a unique and exclusive product made in Spain.